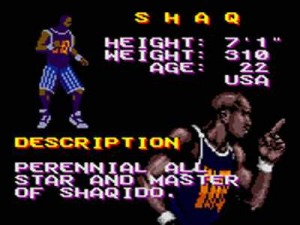 Man, what are we going to do without Shaquille O’ Neal? The Shaq Daddy announced his retirement yesterday and I am all broken up about it. Mostly because he straddled that line between “genuinely funny” and “accidentally hilarious” that all of us strive for. Ah hell, let’s count down the top 10 most embarrassing moments of Shaq’s professional career. Ya know, to honor him. 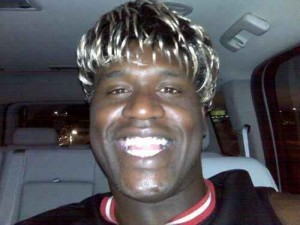 10. Shaq gets his ass kicked by Charles Barkely: Now let’s get one thing straight, Charles Barkely is a 6’4 300 pound spicey chicken wing killing machine. But The Diesel is a 7’1, 2 ton mack truck that should kill anything in it’s path. Instead, Chuck ground and pounds him like some Junior Dos Santos on a meth binge. Quality moment. 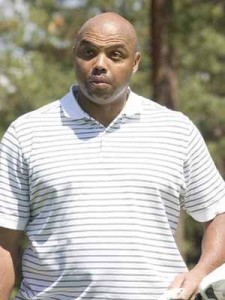 9. Shaq makes a guest appearance on WCW: I don’t remember jack shit about this and someone who works for Shaq must have cleansed the internet of visual evidence (also, I didn’t try very hard) so let’s just pretend Shaq was THE YETI. 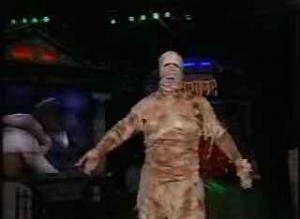 8. Shaq stars in KAZAM: This was when Shaq was just becoming a bit of a cultural phenomenon and had all the momentum that would have easily translated to mainstream acting success. All he needed was the right role. He picked Kazam. It was not the right role. It did however gives us rapey images like the following for us all to enjoy for the foreseeable future: 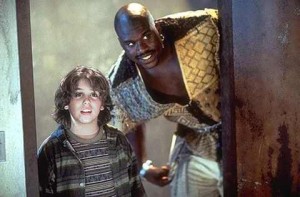 7. Shaq Becomes A Cop: Yep, the big man is an actual reserve for the Miami Police department and even helped track down a suspect that he saw commit a hate crime. I always wish Shaq had been in possession of a gun when he witnessed this, as I am sure he would’ve blown the guy’s brains out in response. And it would’ve been awesome.

6. Shaq Happily Goes Along with SHAQ FU: Here is the plot to this cancerous stink upon humanity: Shaq is in Japan for a charity basketball game. He aimlessly wanders into a dojo which somehow leads to him slipping into another dimension where he must save a boy named Nezu from a martial arts equipped talking mummy. That Mummy?

5. Shaq Begins Dating Skanky Reality Star, Family Life Explodes: Oops, explained everything in the first line. Oh this reality star was a product of VH1’s Flavor of Love and actually won season 1. So there is a good chance Flavor Flav has banged her. I always imagined Flav’s genitals looking like the lipstick dick from Night of the Demons 2 wrapped in electrical tape. 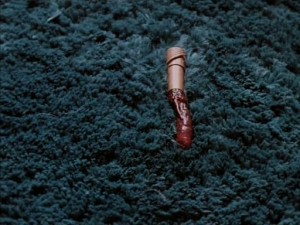 And yes, I do think about Flavor Flav’s cock a lot apparently.

4. Shaq Jokes About Yao Ming In The Dumbest Way Possible: Yao was just about to debut in his rookie season and the media obviously thought he would give the reigning king of overgrown hideous monsters a run for his money. Shaq’s response? “You tell Yao Ming, ching chong yang, wah, ah so” Oops, just laughed at reading that, let’s move on. 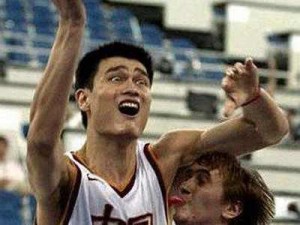 3. Shaq Hosts WWE Raw: Pretty much everything involved with the E at this point is a hideous embarrassment and Shaq was more than happy to jump into the cesspool that has overwhelmed our childhood. Or something. Meh. 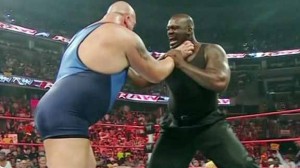 2. Shaq Stars in STEEL: Ha! You wondered why Kazam was so low. It’s because Steel set the modern super hero film back a reported 56 years and made black super heroes the world over hang their head in mortified shame. THERE THERE BLACK LIGHTNING. 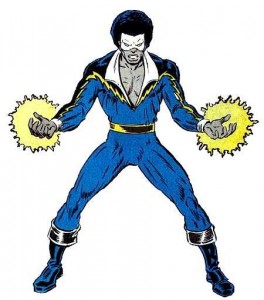 Seriously, look at this asshole. 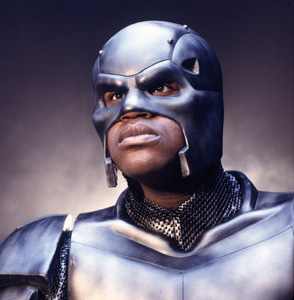 1. Shaq’s lyrics to his song, WHAT’S UP DOC?!: Let’s just go the copy and paste route. No joke is better than what is about to happen.

I thought I saw a putty cat, I did
I did the humpty dumpty bashful grumpy quaker nabisco crisco kid
’cause my style’s figaro figaro figaro figaro like Pinochio’s
Big Digital Underground humpty dumpty camel hump nose
So play dosey doe, sufferin’ sucotash my mistletoe is gone
Snow White is after my seven dwarves, my styles, and after me Lucky Charms
So leapin’ leprechauns, be glad I’m pushin’ my pedal to the metal
I’m rugged and rough for Cocoa Puffs, and yes, I love my Fruity Pebbles
So howdy, my partner, I starts to get meaner
So ask Bob for hope, nope, not Mr. Bob Dobailina
Oh were has my mic gone? Tell me, have you seen her?
I stretch like a condom and gets plump like a weiner
Or a sasuage, but of course it’s, time for Chip to wreck it
But before my intro I gots to check it
So who is the nicest in your neighborhood?
Lyrics are merry, merry, quite contrary, and Captain Crunch berry good
So rah rah, sis boom bah
Chip Fu is coming again, give thanks and praises to jah
My lyrics are smooth like the head on Terry Savalas
My tounge starts to quicken like Speedy Gonzales
Take up your pen, your pad, your lyrical bag and run go whole a fresh
Touche pussy cat, put down that mic ’cause you can’t rap
’cause I’m dip-dip-divin’, so socializin’
Clean out your ears, yes, and open up your eyes and
I kick like Bruce Lee and Jean Claude Van Damme
So dunna nana nana nana nana nana, Batman!
I hip-hop, hop-hop
Don’t-don’t, stop-stop
I’m harder than a Flinstone and much bigger than a Chub Rock
Our types of lyrical styles? yes the Schnickens can pick ’em
I burp, stick ’em, ha ha ha, stick ’em

He gets plump like a weiner. Fucking yeah, he does. 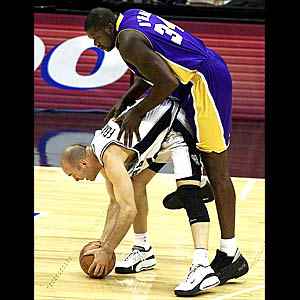