I’ve been a huge NBA fan all my life, it probably consumes roughly 21% of my life. The problem with this is most of my friends are in no way shape or form fans of anything even close to organized sport, so I end up masturbating alone sadly to another failed Bulls run. As a result of this bizarre and sexually charged interest, if I ever do discuss the NBA it’s usually in the most dumbed down pointless way possible. And now that’s what I will bring to you in the written form. What’s the easiest way for someone who doesn’t give a shit about the NBA to read about the NBA and enjoy it? Why if I count down pointless things that are in no way related to what happens on the court of course. Ladies and gentleman, my top 10 favorite goofy ass names in the history of the NBA.
Special 11th Place Mention: Cherokee Parks. A large white guy with lots of bad ink, his name made him sound more like a villainous Indian bought by Ted Dibiase and sent to destroy Native American Hero, Tatanka. He sucked at basketball, shockingly.
10. Royal Ivey. This sounds like the name for this kinda fellow: 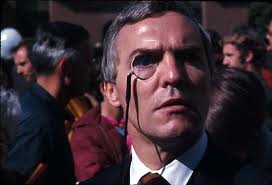 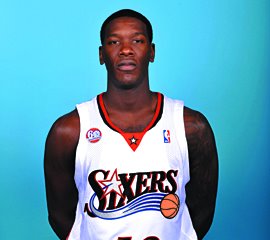 Also, it’s wildly fun to scream “Royal with cheese!” when he scores, a joke I and every other asshole in the greater part of the country have beaten into the ground.

9. Gheorge Muresan. Okay, so the name is your typical foreign guy affair, but LOOK at this man. 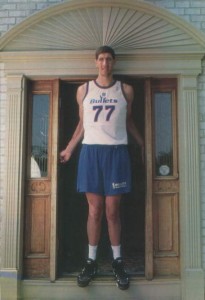 Also, his teammates always pronounced it as “Jorge” as opposed to the actual way of saying which was simply “George”. NBA players are bored as fuck is what I’m getting at.
8. Antonio Mcdyess. The last name is pronounced “Mc-Dice” and that is just a wild combination of sounds. Say it aloud. Antonio Mcdyess. Feels good, doesn’t it? He also got the great nickname “The Diceman” as a result of this. Bravo!
7. Jayson Williams, Jason Williams, Jay Williams. These are 3 different people that all essentially played at the same time in the league. Usually this would just be a minor coincidence that made conversations with 2 of them in the same game slightly confusing. These guys though, all 3 of them, turned out to be huge assholes in their own way. Let’s dissect this.
Jay Williams aka Jason Williams from Duke and the former Chicago Bulls point guard and general hope for the future of the franchise. Things went okay during his initial year in the league, the 02-03 campaign. He had moments though and might have been someone. Instead during the off-season, he wrecked his motorcycle and pretty much destroyed himself from the waist down. He never played again. Ugh.

Jason Williams aka “White Chocolate”, possibly the most famous and oblivious “wigger” of all time. Easily one of the most obnoxious personalities since Hitler.

Jayson Williams aka the guy who accidentally killed his chauffer and then tried to cover it up. He has sense been diagnosed as bi-polar, been arrested a few times and attempted suicide via alcohol. The 3 Jays! I love em.

6. Marcus Fizer. Okay, so his name is pretty normal, but he played for the Bulls for 4 years and I never heard any single fan go “Oh good, they’re putting Fizer in.” No, he was usually meant with reactions of “Oh God, that dipshit Fizer is in the game.” So to me, his name will forever be “Dipshit Marcus Fizer.” Thanks Marcus!

5. God Shammgod. HIS PARENTS NAMED HIM “GOD“! HIS FIRST NAME IS “GOD“! HIS LAST NAME IS SHAMMGOOD! HE TRIED TO LEGALLY CHANGE IT IN COLLEGE AND DIDN’T HAVE THE MONEY TO PAY FOR IT, SO HE SIMPLY KEPT GOING BY THE FIRST NAME “GOD”. THE CAPS LOCK HAS TAKEN OVER, HOSE ME DOWN CHIKY D.

4. Nikoloz Tskitishvili. I threw out my back just trying to type that one. That’s not a name, that’s a bad scrabble hand. Great fun to hear old color commentators stagger through attempts at getting that last name right.

3. Popeye Jones. I’m sure Popeye is a nice guy, and technically “Popeye” is just a nickname, but he is hideously ugly. Look at this.

Yowza.
2. Bison Dele. Born Brian Williams. Shockingly, someone who voluntarily changed their name to Bison Dele was a bit eccentric. He walked away from the remaining 36 million on his contract for retirement and then proceeded to get shot to death by his own brother on his boat in the South Pacific. Also, he was chubby so it was easy to make “Bison’s Deli” jokes. Not GOOD jokes, but jokes none the less.

1. Ndudi Ebi. The one and the only. Oh that first name? It’s pronunciation is “Doody”, and the last is “E-B”. So yeah, he was Shit EB, basically. He was drafted by The Timber wolves in the 2003 NBA draft, resulting in David Stern, the commissioner of the NBA and one of the most respected officials in all of sports, having to say “Doody” on national TV. Only in the NBA. 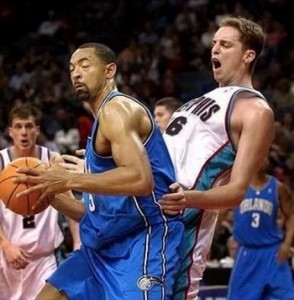