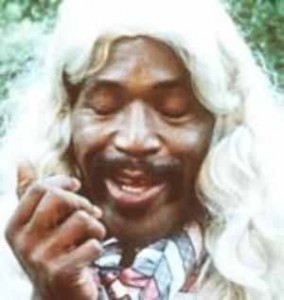 The Police Academy movies suck something fierce, but dammit, they had established characters. One of those characters was “Hightower” and the man who played him, Bubba Smith, has passed from natural causes at the age of 66.

Bubba played nine (yes, fucking NINE) NFL seasons in a time period where playing that long meant you were one tough son of a bitch. I’ll put it this way, he was part of the winning team for Super Bowl 5. That was a long time before your Dad was even old enough to think about sex most likely.

Bubba was considered a monsterously powerful man, who of course, was genuinely kind and decent by friends account. He attended multiple Police Academy reunions and accepted only the pay he earned through autograph sessions, never taking any sort of base payment because he quote “didn’t need the money.”

He was found by his caretaker and the LAPD. Something awkwardly poignant about a man so gigantic and strong in his prime needing a caretaker later in life, but I have no talent and cannot properly express this. 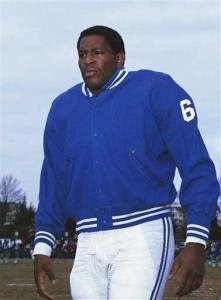 Oh and regardless of how many bad comedies he was in, he still woulda wrecked your shit no matter what age he was. Just remember that.